The man who took to his wife with a hatchet -The Murder House - part 1:

Julian Batchelor's "Oke BayLodge" was shifted onto the land Mr Batchelor is currently occupying by barge, from Bank St, Whangarei, the site of a heinous murder.

Maori spiritual beliefs have always been very important to tangata whenua.  Particularly with regard to our waahi tapu, spiritual places, urupa, burial grounds where our tupuna rest and other sacred and historic sites.  It is therefore deeply, deeply offensive to discover the evidence of the history of the house which Julian Batchelor currently occupies at Rawhiti and which is the site of Mr Batchelor's unconsented works and breaches of the local bylaws.

A woman was murdered in this house by her husband, in front of her children, in a particularly sad, and vicious, attack.

The plot thickens however - the murderous husband pleaded not guilty of bashing his wife five or six times in the back of the head with an axe, embedding it about six inches in her skull, in front of the witnesses, because his wife wouldn't give him money.  The murderer's favorite son, 13 year old Herbert, witnessed the gruesome deed, before his father shouted "Goodbye" and rushed out the door.

Daniel Hammon was arrested a short time later after being located hiding in a pile of timber on the docks.  When he was taken into custody and searched, evidence came to light showing that the marriage was not a happy one.  Life must have been very difficult for women in days gone by and Mrs Hammon was not alone in finding it hard to feed her children.  The evidence was in the form of a letter from a Whangarei legal firm representing Mary Hammon, which requested that Mr Hammon make some effort to maintain his struggling wife and dependent children, urging him to agree to a separation, and requesting him to refrain from molesting his wife.  Mr Hammon had been sleeping in a tent with his son Herbert, while Mrs Hammon shared a room with a woman who boarded at the Huimai Boarding House, the scene of the crimes - past and present.

It seems that the family had previously owned a farm, that they all had worked very hard on the farm, the children being referred to as "little farm slaves", but that after becoming unwell, Mr Hammon had "become mentally afflicted."

"The evidence of Doctor Duke, who it will be remembered figured in the Court some time back as the Defendant in a suit for slander, brought against him by a woman from Paparoa, and in which the Doctor, who conducted his own case, was hit for damages, was to the effect that Hammon suffered from a disease which most lunatics have.

The disease was obstruction of the circulation, the effect of which was to produce melancholia, irritation and mania.  What Hammon had done was what might have been expected.

Then the Doctor went on to explain at length how Hammon had had an explosion of nerve force - which no doubt is the "brain storm" which played such a prominent part in the Thaw case.

It was brought out in evidence that Hammon's father was a drunkard and that he had a sister who was insane,that he had brothers who were mentally deficient, and Doctor Duke went on to say that the families of the insane and epileptic stock, the stock of drunkards, were all liable to this Obstruction of the Circulation.

Doctor Dukes explained that he had studied at the Bedlam Asylum for three months and that that was 15 or 20 years ago."

"After questioning the Doctor for some time, the learned Crown prosecutor broke new ground when he questioned in the following manner - and as if things weren't bad enough, here's where it gets even more sordid -


The Crown Prosecutor:  I suggest to you that you are hardly in a position to give an unbiased professional opinion.  Hah!
Did you write to the prisoner two days after he committed this rash act?

The Crown Prosecutor:  I think this is the letter you wrote him (reading the letter) -
"Dear Mr Hammon, May I express my sympathy with you in the sad position your rash act has placed you.  I know what you had for years to put up with. I know you had much patience and affection for your wife.  She was not altogether to be blamed.  It was Mr Smith before her - "

The Crown Prosecutor:  "Your writing is like mine - difficult to read"

The Crown Prosecutor: (continued)
"It was your health bothering her, but if you had been a bigger man, and beaten her into submission at first you would have had more peace and more respect from your wife.  Will you tell your lawyer that perhaps I could help him.  But don't say to anyone that I offered to, it would do me a lot of harm.  Let your lawyer ask me as a medical attendant and I will write and tell him what I could say.  That is, if you care to cling to life, for really there is little to live for if a man be unhappily married, and I am sure you need not fear to meet your judge.  He will understand the temptations and trials of this wicked world.  Man is born to sorrow here and no wonder if sometimes he loses his head.  Kind regards, Yours sincerely, E. S. Dukes."
"I think you can hardly give an unbiased opinion."


After a bit more argy bargy the Judge intervened and desired to know how it came about that the letter was in the possession of the Crown.  Which was a jolly good point.

"A VERY INSANE THING TO DO!" according to Doctor Dukes.

Perhaps the liveliest moment of the trial was when lawyer Skelton briefly cross examined another expert witness, alluding to the fact that he had apparently released a man from psychiatric care who went on to commit some terrible crime after he drank alcohol after the expert witness told him not too - this witness was of the opinion that Hammon was sane when he murdered his wife, and that he intended to harm her.

The accused was found guilty, recommended to mercy, and sentenced to death.  The sentence was apparently carried out within less than three months of the crime being committed

This is interesting on so many levels.  Seven years previously, in Wellington, the same Judge (Justice Cooper) had adjusted the black cap, and passed sentence of death on Claude Paget, found guilty of the murder or a young girl in Ingestre Street, Wellington.  In that case, however, the Executive of the day commuted the death sentence to one of life imprisonment.

The defence case in that matter, although ably raised though it failed, was the defence of insanity due to a sudden "Brain Storm".  (Daniel Hammon apparently defended himself on the same premise with the 'assistance' of Dr Dukes).  At that time lawyer Tom Wilford was able to use with every advantage the remarkable, interesting, and weirdly strange evidence the alienists - as psychiatrists were then known - who in America a short time prior had endeavoured, and eventually with some success, to support the plea of insanity for the notorious millionaire murderer Harry Thaw.  The millionaire Thaw's lawyers produced 'alienists' who argued vigorously that Harry Thaw was insane (in order to avoid the possible death penalty and cunningly circumvent the process of justice by corruptly claiming that the defendant is (or was) 'mad') - but only during the period of time when the murder was committed - temporarily - due to the interesting (alleged) 'disease' of "Dementia Americana".

Following this His Honour was said to be deeply interested in the "mysteries of the mind", indicating that the Hammon trial must have been of great interest to him, and after reading the salacious details of the murder involving Evelyn Nesbit, Harry Thaw and Stanform White, one wonders at the precise direction of his fascination with the role of mental health in the establishment of justice. 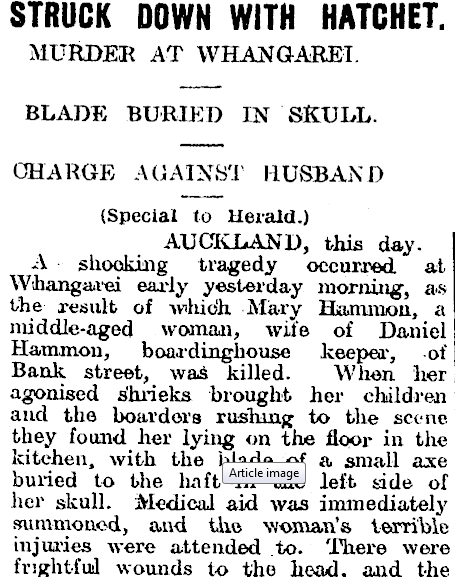 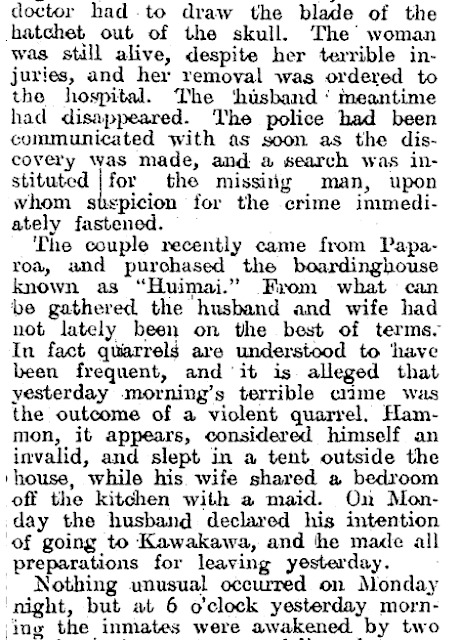 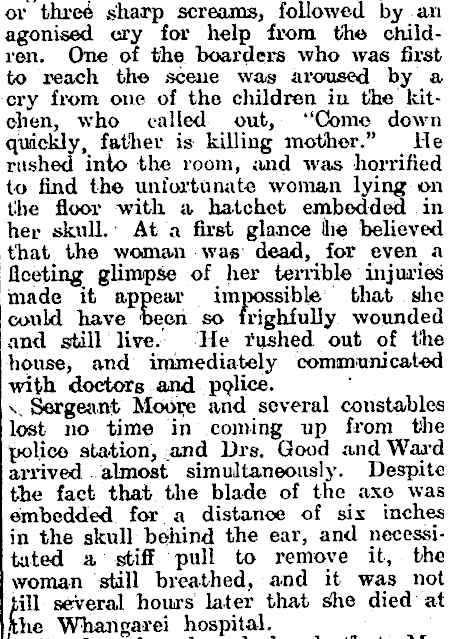 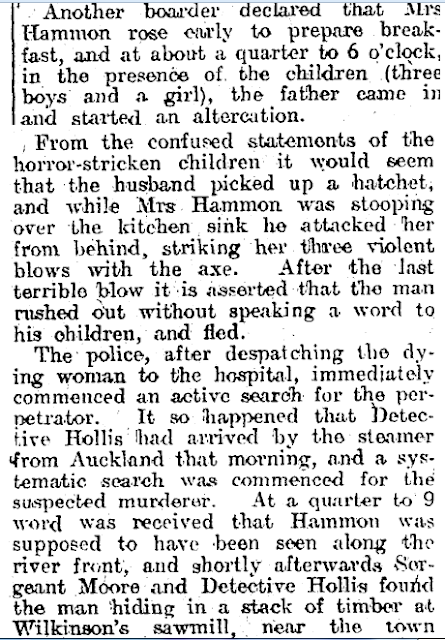 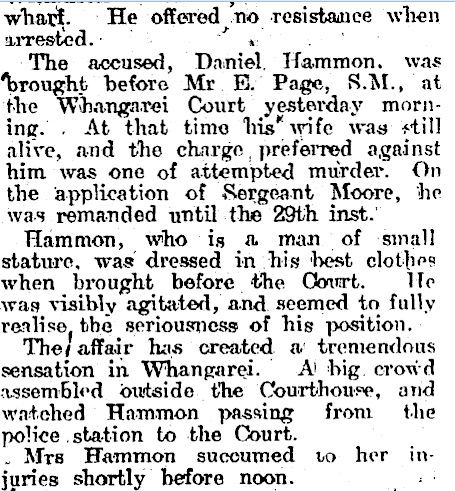 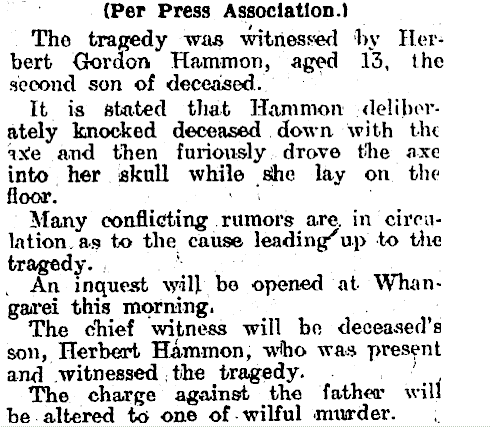 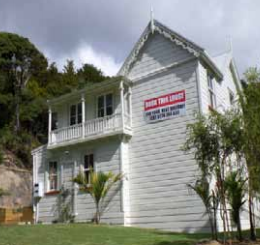 Posted by Transparency in New Zealand, Kiwileaks. at 4:55 AM

Mr Batchelor claims the support of everyone, whether he has it or not. 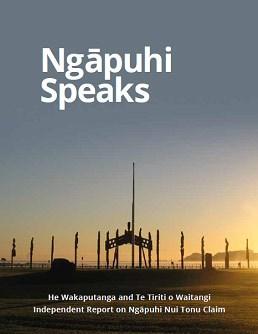